Career vs Baby | How to decide the right one ?

Blog Pregnancy Career vs Baby | How to decide the right one ?

Many IVF clinics in urban centers all over the world are increasingly seeing a larger number of a new type of patient – the older woman, who chose to postpone childbearing because she wanted to pursue a career ; and now finds, when she wants to start a family, that she cannot conceive because her eggs are too old.

Below are the mentioned factors affecting your decision to choose Career or baby :

a) A Heavy Price – Ironically, this same woman would have had many babies in her own bedroom in an earlier generation, when women married young and their primary goal was to build a family. It is true that the modern young woman has many more options and much more freedom than she ever did in the past. However, one of the prices women pay today for this freedom is a higher risk of infertility, as a result of their postponing their childbearing. There is a price you pay for everything, and sometimes it’s hard to have your cake and eat it too !

b) Poor Egg Quality – For example, I just did an IVF cycle for a very nice 32 year old woman. She is happily married, confident, articulate; and has a very successful career. She now wants to start a family, and has found to her dismay that she can’t conceive on her own. During her workup, she found to her shock that her egg quality was poor. She could not understand why her egg quality was an issue when she was only 32 years old.

c) Depletion of Eggs – I explained the biology of fertility to her. All women are born with a certain number of eggs – and they don’t produce any new eggs during their lifetime ( unlike men, who produce millions of sperm daily). As women grow older, their eggs start getting depleted, until they run out of eggs and their periods stop for ever.This stage is called the menopause. However, for a period of about 10 years before they reach the menopause, their egg quality declines silently, so that it’s enough for them to get regular periods, but not enough for them to conceive.This phase is called the oopause, and is “silent” – there are no signs or symptoms, as the biologial clock ticks on with a vengeance. This is why when a young woman with regular cycles finds out she is infertile because of poor quality eggs, the news comes as a rude shock.

d) Biological Limitations – This is the first time these young people are having to confront their own biological limitations – their own mortality. Most other things in life have fallen into place for them. They work hard, do well in their exams and jobs, earn more money, get a promotion, buy a new car, a new house – and this is the first time they are being forced to deal with a situation which is out of their control – no matter how hard they work at it, or how much money they spend on it. This can be a very uncomfortable feeling, and they find their life spins out of control.

e) Faulting the Doctor – The commonest complaint I hear is – I wish my doctor had told me that my fertility would drop so dramatically. I wouldn’t have wasted so many years taking birth control pills ! Why didn’t my doctor warn me ? This is why most women find themselves between a rock and a hard place when they try to balance childbearing and their career. In all women, fertility declines after the age of 20 , but from 20- 30 the decline is so gradual , that it really does not matter much. After 30, it does become an issue, and after 35, the decline is precipitate. However, the rate of decline varies from woman to woman, and while some 40 year old women can happily make babies in their own bedroom, many 35 year olds have a hard time conceiving, and need IVF treatment. For some unlucky ones, even this does not help, because poor eggs result in poor quality embryos which do not implant. Their only option is then either doing donor egg IVF; or adoption – neither of which are easy options to select.

f) About Fertility – The trouble is that calendar age is not always a good index of fertility. It’s not the chronologic age which is important – it’s the ovarian age. Unfortunately, lumping all women more than 30 in one group is not very helpful – it’s like lumping apples and oranges together.While the majority will have no problems getting pregnant, a significant minority will have a paid a heavy price for their decision to postpone childbearing. So what can you do if you are 25 and want to postpone childbearing because you want to pursue your career ?

g) The Hormone Tests – In the past, doctors would measure blood FSH ( follicle stimulating hormone) levels on Day 3 of the cycle to test ovarian reserve. As a woman grows older, the FSH level rises, and high FSH levels correlate well with poor egg quantity and poor egg quality. A newer test for ovarian reserve is the blood test to check your AMH ( anti Mullerian hormone) levels.As ovarian reserve declines, the AMH level also drops. Unfortunately, most family physicians and gynecologists are clueless about the importance of this test. When a 28 year old asks them whether it’s safe for her to postpone childbearing, most of them give her a reassuring pat on the head, and tell her not to worry !

h) The Right Choice – While this advise may be fine for some women, it’s a major disservice for others. I feel women need to take matters in their own hands, and ask their doctor to measure their AMH levels, so there is a sound scientific basis for their reassurance. If the AMH level is borderline low which suggests poor ovarian reserve, further testing to check ovarian reserve is called for, including an ultrasound scan for your antral follicle count.

I feel women already bear a disproportionate burden of responsibilities in our world. Educating them about how they can check their fertility reserves can help them deal better with the career versus baby conflict so many of them have to deal with in their lives. 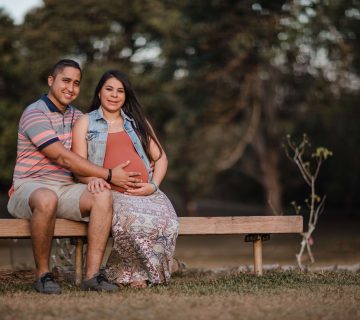 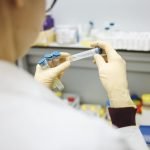 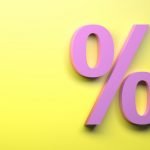 IVF vs ICSI – Success rates, myths and which is better ?

Embryo Transfer | What is your best option ?